Should Athletes Use Lactate Threshold to Train? 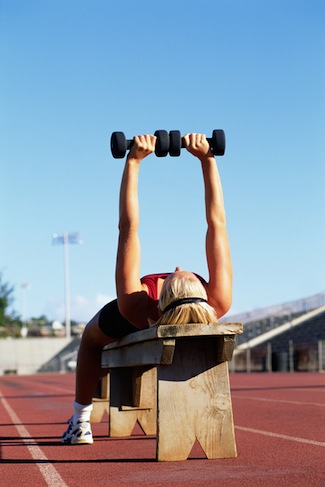 Training at or above the lactate threshold should only make up roughly 20% of an athlete's total workout time. Any more than this increases the chance of overtraining and injury.

In order to train at or beyond the lactate threshold, and to ensure steady improvement, it is necessary that an athlete knows his or her current threshold value. Currently, there are two accepted methods of detection: noninvasive measurement and invasive measurement. Unfortunately, there are significant problems with both, explains the Journal of Applied Physiology.

Invasive lactate threshold validations can be based on arterial, mixed venous or capillary blood samples. The main problem here is that blood lactate levels taken from these sources tend to vary; trainers and sport scientists often pay little regard to these differences.

In a study by Yeh et al., eight non-athletes were tested for lactate threshold during an exercise test using a cycle ergometer. Subjects began a 20 W/min ramp and continued until reaching exhaustion. From the very start of the exercise ramp, arterial lactate levels began to increase; however, an increase in venous lactate levels did not appear until around 1.5 minutes later. Inconsistencies were also found in lactate levels detected from gas response data collected by four independent exercise physiologists. The reviewers noted significant variability in lactate levels, with an average range of 16% for a given subject.

The conclusion the above study arrived at was that lactate threshold is not detectable using invasive methods given the variation in blood samples taken from different sources.

Lactate threshold is widely regarded as one of the most accurate training metrics for athletes. This may say more about the paucity of options available to trainers and coaches than the inherent virtues of the measurement itself.