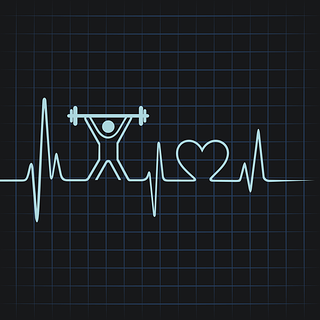 Rating of Perceived Exertion (RPE) is the simplest method for setting training intensity zones. Essentially, the athlete self-reports how hard they are exercising. It is inherently subjective, since there is no way to externally verify what the athlete is feeling.

There are many different ways of rating exertion. One of the more formal and widely used scales is called the Borg Rating of Perceived Exertion. In this system, the athlete rates their exertion on a scale of 6 to 20 based on the following table.

The 6-20 numbering system is intended to help estimate heart rate by multiplying the exertion number by 10. There are other numerical scales that have the athlete rate their perceived exertion from 1 to 10.

Perceived exertion is sometimes based on some form of the “Talk Test” rather than a numerical scale. The intensity ratings are based on the level of comfort with singing, speaking in sentences, speaking just a few words, or not being able to speak at all.

The relationship between the Talk Test and the Rating of Perceived Exertion isn’t coincidental. They are both related to the discomfort associated with increased respiration. Carbon Dioxide (CO2) is one of the chemical signals that the body uses to increase respiration rate. When CO2 levels increase, that drives more intense respiration, making talking more difficult and making it feel like you are working harder.

There have been many scientific studies that show some correlation between the intensity zones identified by various methods of Rating of Perceived Exertion and other more sophisticated methods. However, there have also been studies that show that the RPE methods are highly subjective and even show inconsistency when retesting an athlete on the same test.

Since perceived exertion is closely tied to respiration, changes in external factors that affect respiration can be a source of inconsistency; changes in air temperature, elevation, pollution, or clothing restriction like that caused by a wet suit for triathletes can greatly alter the perceived feeling of a certain intensity level.

RPE is widely regarded as being useful for guiding training intensity. The major drawbacks are its subjectivity and uncertain reproducibility. On the plus side, RPE is simple to calculate and doesn’t require any costs or equipment to implement. It is also considered useful for helping athletes learn to get a feel for their own bodies. RPE can be used in combination with other methods and likely would add value to most assessments.

The next several posts will look at more quantitative methods for setting training intensity zones.