Why Moxy? A Historical Perspective 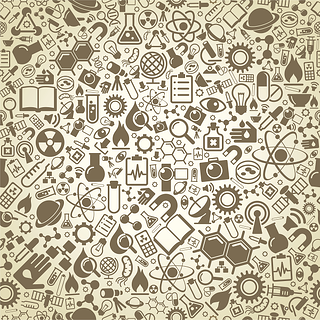 The most important aspect of training and exercise science is how we produce usable energy (ATP) for working muscles. The many assumptions associated with the production and consumption of ATP are often the driving factors in performance diagnostics, training planning, and training guidance. The transportation and utilization of oxygen is the determining factor in ATP production. This recognition led to the famous differentiation between a so-called aerobic and anaerobic energy pathway by Archibald Hill and Otto Meyerhoff (earning them a Nobel Prize).

This discovery is one of the founding principles of performance diagnostic and training planning as evidenced by the development of exercise and training science over the last 80 years. The anaerobic or lactate threshold theory is based on the difference between aerobic and anaerobic energy pathways and identifying where this shift apparently takes place. The assumption has been that lactate production and accumulation identified a change from aerobic to anaerobic energy pathways due to a compromised oxygen delivery or utilization. In other words, lactate accumulation and production identified a hypoxic situation in the muscle tissue that forced the organism to produce the required ATP independently from oxygen.

In the past 20 years, various scientists have made very significant discoveries that question the rationale above. One very significant realization is that the idea of muscle anaerobiosis is false. Numerous studies (Richardson et al., 1998 among others) clearly show that even in highly active muscles, oxygen supply is never compromised. A more precise way of stating this is that the partial pressure of oxygen remains constant during graded incremental exercise in humans in the range of 50% to 100% of VO2max. If oxygen supply is never compromised during exercise why is there a shift from an aerobic energy pathway to an anaerobic as Hill described? Or is there a shift at all?

A theory postulated by Connett and colleagues (1990) tries to explain why energy would be produced oxygen independently, when it is clear that sufficient oxygen supply is still available. The idea is that a critical oxygen level exists which ensures oxygen availability for the energy production of vital life functions, and therefore these oxygen reserves are protected. If during strenuous exercise, oxygen levels decreases towards this critical range, the body starts to produce ATP independently in an attempt to maintain ATP production for the desired activity without further decreasing oxygen levels. Even though oxygen is present, and ATP is continuously being produced oxidatively (even at a higher rate during intense exercise, as seen by ever increasing VO2 values to max effort), oxygen-independent ATP production supplements the ATP supply which will, over time, lead to debilitating metabolite accumulation and exercise cessation.

This explanation leads to the simple conclusion that “it remains true that tissue hypoxia does indeed lead to increased [lactic acid] concentrations. However, the induction that elevated [lactic acid] production and accumulation necessarily indicates the presence of hypoxia is not correct” (Gladden, 2001). This acknowledgement, that blood lactate measurements are unreliable in nature, begs for further development in the field of exercise science to lend coaches and athletes tools for diagnostic and planning.

Prior to Muscle Oxygen monitoring, the most prominent of such developments was VO2max testing, which as lactate threshold testing attempted to do, tries to analyze oxygen consumption and utilization, as well as changes in metabolism.

Regardless of the technique used, the brief history above clearly demonstrates that oxygen measurements are a key factor in performance diagnostics and training guidance.