Triathletes: Why Your Training Regimen Should Include Low-Intensity Runs 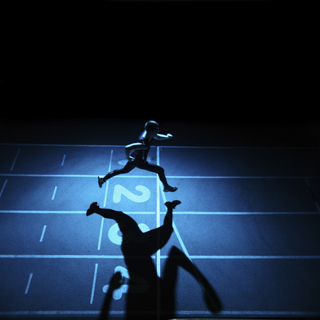 With a need to improve speed for the big race, it may seem counterproductive to train by running slowly. However, low-intensity runs are in common practice by a variety elite athletes ranging from Kenyan distance runners to the three-time world champion of the Ironman competition, Craig Alexander, according to Triathlon. Although slow runs may be relatively easy, this does not mean that they are not beneficial. In fact, one of the keys to running better is practicing often, and it is impossible to do this if you are constantly practicing high-intensity runs.

Unfortunately, low-intensity runs are often neglected by triathletes, who have to make time in their weekly workout regimens to practice all three of the triathlon disciplines. As triathletes are unable to run as frequently as other types of runners, they often believe that they must make every run count by running at the very least moderately fast.

Moreover, up-tempo workouts, such as hill repetitions, time trials, and speed intervals, have the appeal of being more interesting. Often, high-intensity exercises are unintentionally promoted by sports journalism, which aims to engage and interest readers, and this further leads triathletes to believe that intense workouts are more important. This is far from true; low-intensity runs are actually the perfect tool to building aerobic fitness, endurance, and fat burning capacity, according to Lance Watson, cofounder of Lifesport Coaching.

What are low-intensity runs and how should you use them?

Slow running should be performed at the same pace as a comfortable warm-up, i.e. in Zone 1, or 25 beats per minute below your threshold heart rate. You can use low-intensity runs as:

Though perhaps a bit counterintuitive, low-intensity runs can actually improve your race-time speed and help you to perform at a higher intensity.