How Exercise Improves Mitochondrial Function and Slows the Aging Process 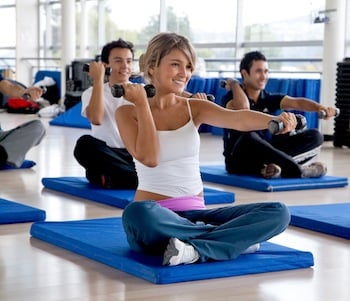 The aging process in humans begins around the age of 40 when muscle mass and strength gradually begin to decline at a rate of just under 1% per year. The process is caused by a decreased capacity for oxidative phosphorylation in the muscles, explains Menshikova et al. This is most likely due to a reduction in mitochondrial function, content or a combination of the two. The question is whether aging is genetically predetermined or whether it can be reversed through adequate exercise.

Two types of mitochondria have been found within the skeletal muscle. The first is sub-sarcolemal (SS) mitochondria, present near the sarcolemma. The second is inter-myofibrillar (IMF) mitochondria, found close to the myofibrils. It appears that the SS mitochondria are used as energy for membrane-related events such as cell signaling and substrate and ion transport, while the IMF mitochondria supply ATP to the contracting myofibrils.

Although the SS mitochondria only make up 25% to 30% of the total skeletal muscle mitochondria, studies have shown they are more responsive to physical activity in younger skeletal muscles. This leads to possible implications for improvement in older adults with reduced mitochondrial content.

A study conducted by Menshikova et al. looked at the effects of moderate exercise training on changing mitochondrial function and content with the skeletal muscle. Subjects were a median age of 67 and partook in no regular exercise regime. The participants began a 12-week exercise program of between four and six weekly sessions. For the four weeks, subjects participated in 30-minute sessions at 50 to 60% of their VO2 max. For the following four weeks, sessions were increased to 40 minutes, and for the final four weeks, participants began practicing at up to 70% of their VO2 max.

Most research conducted to look into the relationship between exercise and mitochondrial function has focused on traditional endurance workouts. This is because the slow twitch muscle fibers that are utilized during endurance training contain the highest quantity of mitochondria. This is good news for older participants who want to improve their mitochondrial function and content as endurance exercises can include cycling, treadmill workouts or even brisk walking. Just four to six sessions a week can make a huge difference and slow down the aging process.