My Take on Training Intensity Zones 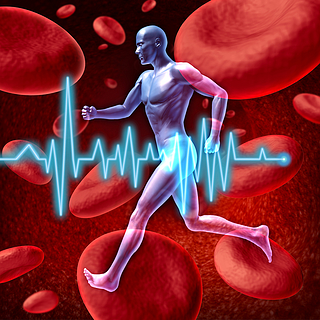 This blog is the first of a series of posts that will explore training intensity zones.

First, some background on me. I invented the Moxy Muscle Oxygen Monitor and started to explore athletic applications for the technology based on the educated guess (and a suggestion from a cardiologist) that knowing oxygen levels in working muscle would somehow be helpful for training. My background is in engineering and I have almost no experience with exercise physiology. Luckily, I’ve met a lot of smart people that do understand exercise physiology and there’s tons of information available on the internet so I’ve been able to learn as I go.

My problem with Training Intensity Zones was that the available information is very confusing and often conflicting. The science is far from settled so there is a lot of room for interpretation. Some methods are based on concepts that have morphed over time to serve quite different purposes than were originally intended. Some are based on scientific mistakes that are taking decades to set straight.

I spent a lot of time studying the various methods to figure out how Moxy can help. I’ve come up with what I think are the most common purposes for using Training Intensity Zones and a list of the most common methods for setting the zones for individual athletes.

I hope this information helps you put the various methods for setting Training Intensity Zones in perspective and it helps you understand the opportunities for Moxy to make the process much more effective.

What Are Training Intensity Zones?

Any system of Training Intensity Zones needs to have some parameter to define each zone with either a qualitative or a quantitative measure of intensity.  The athlete needs to be able to measure the parameter in real time while they work out in order to be able to adjust their intensity to be within the desired zone. An example of a qualitative parameter is ease of conversation like “Run at a pace where you can speak in short sentences.”  Quantitative parameters of exercise intensity include heart rate, running pace, and cycling power.

Why Are Training Intensity Zones Useful?

There are two common reasons that are frequently cited for using Training Intensity Zones:

2)      Different training intensities use different amounts of the various fuel sources available            in the body.

There seems to be broad support among trainers for prescribing training at a range of intensities. The mix of intensities is often different for beginning versus elite athletes because beginners don’t tolerate high-intensity work. The workout intensities are also adjusted as an athlete approaches a competitive event in order to maximize performance at the event. For example, often the intensity is “tapered” down to prepare for the competition.

It is often indicated that training at certain intensities targets specific physiological adaptations. There is fairly consistent support for doing some training at very low intensities to improve recovery after doing more high-intensity work. However, there is a lot of variation in recommendations for when and why to train at middle and higher intensities. This seems largely dependent on the amount of time available and the fitness level of the athlete.

There does seem to be a consensus that lower intensities tend to shift the fuel utilization toward a higher percentage of fat. Beyond that, though, it gets complicated. Higher -intensity training still burns some fat and calories at a faster rate, so the overall fat burn rate may end up being higher. High-intensity training can also cause adaptations that allow the body to metabolize fat more quickly.

Training at different intensities is clearly a useful component of any training program. Training Intensity Zones are a key part of how trainers develop training prescriptions for their clients. The exact mix of intensities is highly dependent on each individual athlete and their goals.

Prior to Muscle Oxygen Monitoring becoming practical for use by athletes, there were five common types of methods for determining Training Intensity Zones for athletes. Each of these has many variations.

In future posts, I will step through each of these methods to describe how they work, and how each relates to determining Training Intensity Zones with Moxy.