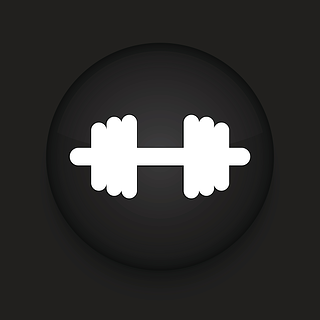 The article cited below shows that Muscle Oxygenation effects anabolic hormone function. Considering the purpose of strength training, this becomes extremely vital information. Would it not be advantageous to be able to measure and monitor muscle oxygenation during resistance training to maximize anabolic hormone function? SmO2 measured by the MOXY Sensor could be the tool that a modern resistance trainer needs to maximize effectiveness and efficiency.

There are many tradition-based techniques and routines used in weight lifting and resistance training. Considering that the large majority of the population who does resistance training has the goal of hypertrophy (the increase in the volume of an organ or tissue due to the enlargement of its component cells), I wanted to speak further about one of these traditional techniques: the drop set. This is a technique used by some weightlifters to further muscular fatigue after failure at a specific weight. Please read this link for more insight into the drop set.

The drop set technique makes sense when you consider the fundamental question, what is fatigue and when is a muscle fatigued? If you perform bicep curls with a 30-lb weight to exhaustion, yes you are fatigued for that weight, but if you were to use less weight you could likely keep going. The idea of a drop set is to maximize muscular fatigue. Does this make physiological sense for hypertrophy training or is it just another attempt at hardcore training?

Having completed such a routine using the MOXY Sensor, and with the knowledge of numerous studies, I have to say that tradition may be correct on this technique. Using drop sets, I was able to increase my low SmO2 state (hypoxic?) for an extended period of time which should increase Growth Hormone release. Not only was I able to do this, I was still able to use a maximal strength resistance at the beginning. Performing low weight, high repetition training will produce an extended low SmO2 state.

The drop set will also give you this extended low SmO2 state but also allow you to push the limits of your maximal strength.

Purpose: The mechanisms that underlie the affect of acute program variables on muscle growth and strength development for strength/power athletes have been of great interest. This investigation examined the affects of two different resistance exercise protocols on muscle oxygenation, and the anabolic hormonal response to such exercise.Methods:Eleven experienced resistance-trained maleathletes performed four sets of the squat exercise using either a low-intensity, high-volume (LI; 15 repetitions at 60% one-repetition maximum [1-RM]) or high-intensity, low-volume (HI; 4 repetitions at 90% 1-RM) load. Venous blood samples were obtained before (Pre), immediate (IP), 20- (20P), and 40-min (40P) postexercise. Continuous-wave near-infrared spectroscopy was used to measure oxygen desaturation during exercise.Results:No differences in muscle deoxygenation were seen between LI and HI. However, time-dependent postexercise reoxygenation was significantly different between the two exercise sessions (35.3 17.4 s vs 24.5 14.3 s in LI and HI, respectively). Testosterone and growth hormone (GH) concentrations were significantly elevated from Pre at IP, 20P, and 40P in both LI and HI. GH concentrations were higher (P0.05) for LI than at HI at 20P and 40P.Conclusion:Muscle oxygen recovery kinetics appeared to be influenced by differences in the intensity and volume of exercise, and delayed reoxygenation appears to affect the GH response to exercise.Key Words:TESTOSTERONE, GROWTH HORMONE, WEIGHT TRAINING, NEAR-INFRARED SPECTROSCOPY, MUSCLE ISCHEMIA