The History of the Central Governor Model 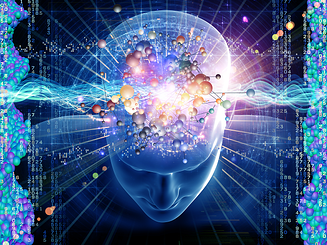 The concept behind the central governor model is experienced by runners almost every time they compete in a race. If you have run a half marathon will have probably felt a sense of extreme fatigue around the eighth mile, and yet you were then probably able to increase your pace to several minutes per mile faster for the last 400 meters of the race.

The central governor model theory hypothesizes that the brain regulates exercise capability to ensure the body only exerts a safe quantity of effort. Therefore, the brain will override the physical ability to run by shutting down the body in order to prevent serious, or even permanent, damage. The reason you run faster after seeing the finish line is that your brain registers that you will not die or suffer injury if you increase your pace and therefore opens the biological pathways to allow you to run faster.

The central governor model as a theory was developed by exercise scientist Tim Noakes in 1997, although a very similar idea was initially suggested by physiologist Archibald Hill in 1924. While the theory is usually used to explain fatigue in long distance running and other endurance sports, it can also apply to other causes of fatigue in situations of exertion.

In 1924, Hill proposed that there is a central governor which protects the heart from anoxia during strenuous exercise. This governor, he said, would either be the heart muscle itself or something in the nervous system that could cause the slowing of the circulation when unsaturation reached a high enough degree to maintain adequate saturation in the blood.

Unfortunately, Hill's theory was based entirely on reasoning rather than experimental evidence. As such, the hypothesis was dismissed, and all further research continued to treat fatigue as a mechanical failure of the muscles due to either an inadequate oxygen supply, a buildup of lactic acid, or total energy depletion in the exhausted muscles.

In 1997, Noakes renewed Hill's theory to develop his own hypothesis using evidence from modern research. He discovered that the brain controls exercise intensity to avoid anoxic damage to the heart muscle by reducing the neural recruitment of muscle fibers. According to Noakes, this is what is really driving the runner to experience fatigue rather than homeostasis of the muscles, which is what had been traditionally considered the source of fatigue.

Common Misconceptions of the Theory

The central governor model does not claim that physiological demands of a race are not real; rather, that running requires a balance between physical preparation and biological systems, emotional aspects such as pain tolerance and motivation, and self-preservation. It is the combination of these factors which actually determines how hard you are able to push your body during a race.

Some runners wrongly assume that, should the central governor model be correct, they can teach their body to push harder; that by switching off the central governor part of the brain, they will be able to run faster. But, this does not take the physical and emotional factors into consideration. The theory does, however, suggest that you can learn to push the boundaries set in place by the central governor through internal motivation and discipline.

Criticisms of the Central Governor Model