Does the Brain Control Running Pace? 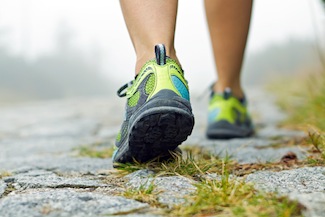 Every runner has an individual running pace he or she naturally falls into during a steady run that lasts for a set distance or time. This pace changes over time as the athlete's fitness improves or declines, and also varies slightly on different days according to fatigue accumulated from previous training sessions.

Exercise scientists have made few attempts to discover what determines running pace, the most significant study being in 2001 when the hypothesis that running pace is dependent on blood lactate level was tested. The scientists conducting the study expected to find that athletes' natural running pace correlates to their maximal lactate steady state.

The investigators ran into two main problems: firstly, they could find no evidence to link running pace to lactate levels; for example, during short races, runners often reach blood lactate levels that exceed their lactate threshold value. Secondly, no mechanism exists where blood lactate could determine running pace, even if it were the cause of muscle fatigue. In addition, if there were such a mechanism, an athlete would run at the same pace during every training session, which has been found to be untrue.

Another issue is the question of why athletes need to slow down during longer races. Traditionally, it has been believed that this is due to fatigue, but the problem with this theory is that at the end of the race, runners tend to increase speed. Similarly, athletes run faster when passing spectators cheering them on. Finally, if the theory of fatigue were correct, muscle fibers should be working at maximal effort rather than the 30% effort that has been found in studies.

Dr. Noakes's Central Governor Model solves the contradictions of both the lactate steady state theory and the classic theory of fatigue. Central Governor Model theory states that the brain controls how hard muscles work and regulates pace in all types of exercise. The brain regulates speed unconsciously to make sure that the heart and brain have enough oxygen. By doing so, the brain helps protect against the body exercising hard enough to cause damage.

The Central Governor Model explains that at the start of a run, the unconscious part of the brain decides on a pace by engaging the desired number of fibers in the working muscles. Pace is chosen according to perceived difficulty and length of the run along with other factors, including the athlete's level of fitness, fatigue, and motivation, as well as external influences such as climate and the presence of supporters.

Pace is constantly altered in accordance with information received from the conscious part of the brain, including distance already covered and true difficulty experienced. This is combined with information from the muscles on factors including rate of glycogen consumption, amount of oxygen in the blood, loss of fluids, and rise in core temperature.

According to the Central Governor Model, fatigue is not simply a physical sensation but an opinion of the brain. It can be described as an emotion in that it is affected by other sentiments as well as physical stimuli. In this way, the theory stated in the Central Governor Model adequately explains why athletes have the energy to speed up at the end of a run and when encouraged by spectators, as well as why runners keep to a constant pace.